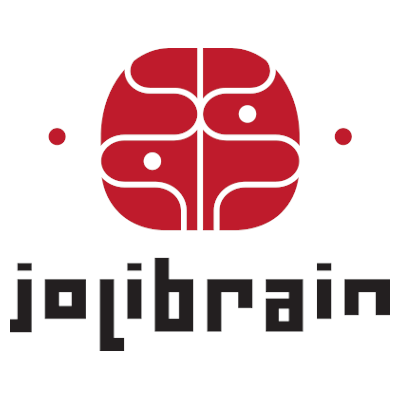 DeepDetect (http://www.deepdetect.com/) is a machine learning API and server written in C++11. It makes state of the art machine learning easy to work with and integrate into existing applications.

DeepDetect relies on external machine learning libraries through a very generic and flexible API. At the moment it has support for:

DeepDetect implements support for supervised and unsupervised deep learning of images, text and other data, with focus on simplicity and ease of use, test and connection into existing applications. It supports classification, object detection, segmentation, regression, autoencoders, ...

Please join either the community on Gitter or on IRC Freenode #deepdetect, where we help users get through with installation, API, neural nets and connection to external applications.

The reference platforms with support are Ubuntu 14.04 LTS and Ubuntu 16.04 LTS.

See https://github.com/jolibrain/dd_performances for a report on performances on NVidia Desktop and embedded GPUs, along with Raspberry Pi 3.

None outside of C++ compiler and make

The easiest way currently is to manually install the Ubuntu 19.10 libopenblas-base and libopenblas-dev packages. You may download them here:

and install them with sudo apt-get install ./package-name.deb to automatically handle dependencies.

By default DeepDetect automatically relies on a modified version of Caffe, https://github.com/jolibrain/caffe/tree/master This version includes many improvements over the original Caffe, such as sparse input data support, exception handling, class weights, object detection, segmentation, and various additional losses and layers.

The code makes use of C++ policy design for modularity, performance and putting the maximum burden on the checks at compile time. The implementation uses many features from C++11.

DeepDetect comes with a built-in system of neural network templates (Caffe backend only at the moment). This allows the creation of custom networks based on recognized architectures, for images, text and data, and with much simplicity.

DeepDetect is designed, implemented and supported by Jolibrain with the help of other contributors.

Below are instructions for Ubuntu 14.04 LTS and 16.04 LTS. For other Linux and Unix systems, steps may differ, CUDA, Caffe and other libraries may prove difficult to setup. If you are building on 16.04 LTS, look at https://github.com/jolibrain/deepdetect/issues/126 that tells you how to proceed.

Beware of dependencies, typically on Debian/Ubuntu Linux, do:

DeepDetect can be used:

For compiling along with Caffe:

If you are building for one or more GPUs, you may need to add CUDA to your ld path:

If you would like to build with cuDNN, your cmake line should be:

To target the build of underlying Caffe to a specific CUDA architecture (e.g. Pascal), you can use:

If you would like to build on NVidia Jetson TX1:

If you would like a CPU only build, use:

If you would like to constrain Caffe to CPU only, use:

If you would like to build with XGBoost, include the -DUSE_XGBOOST=ON parameter to cmake:

If you would like to build the GPU support for XGBoost (experimental from DMLC), use the -DUSE_XGBOOST_GPU=ON parameter to cmake:

First you must install Bazel and Cmake with version > 3.

If you would like to build with Tensorflow, include the -DUSE_TF=ON paramter to cmake:

If you would like to constrain Tensorflow to CPU, use:

You can combine with XGBoost support with:

This will automatically build with GPU support if possible. Note: this will also enable cuDNN if available by default.

If you would like to constrain Dlib to CPU, use:

TensorRT requires GPU and CUDNN, they are automatically switched on.

If you call cmake with the -DUSE_CPU_ONLY option, a cpu-only version of libtorch will be used.

Specify the option via cmake:

Caffe remains the default backend for DeepDetect though it can be deactivated with cmake. However, at least one library needs to be specified:

Build with logs output into syslog

Note: running tests requires the automated download of ~75Mb of datasets, and computations may take around thirty minutes on a CPU-only machines.

To prepare for tests, compile with:

To see all options, do:

File format is as follows:

To use deepdetect without the client/server architecture while passing the exact same JSON messages from the API:

The options above can be obtained from running

Example of creating a service then listing it:

Note that in command line mode the --service_xxx calls are executed sequentially, and synchronously. Also note the logs are those from the server, the JSON API response is not available in pure command line mode.