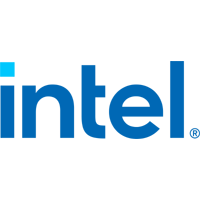 Pre-built binaries for Linux*, Windows*, and macOS* are available for download in the releases section. Package names use the following convention:

Several packages are available for each operating system to ensure interoperability with CPU or GPU runtime libraries used by the application.

The packages do not include library dependencies and these need to be resolved in the application at build time. See the System Requirements section below and the Build Options section in the developer guide for more details on CPU and GPU runtimes.

If the configuration you need is not available, you can build the library from source.

We welcome community contributions to DNNL. If you have an idea on how to improve the library:

This project is intended to be a safe, welcoming space for collaboration, and contributors are expected to adhere to the Contributor Covenant code of conduct.

You may reach out to project maintainers privately at dnnl.maintainers@intel.com.

The following functionality has preview status and might be changed without prior notification in future releases:

DNNL supports systems based on Intel 64 architecture or compatible processors.

The library is optimized for the following CPUs:

The library is optimized for the following GPUs:

Requirements for Building from Source

Intel Architecture Processors and compatible devices are supported by the DNNL CPU engine. The CPU engine is built by default and cannot be disabled at build time. The engine can be configured to use the OpenMP or TBB threading runtime. The following additional requirements apply:

Some implementations rely on OpenMP 4.0 SIMD extensions, and we recommend using the Intel C++ Compiler for the best performance results.

Intel Processor Graphics is supported by the DNNL GPU engine. The GPU engine is disabled in the default build configuration. The following additional requirements apply when GPU engine is enabled:

When DNNL is built from source, the library runtime dependencies and specific versions are defined by the build environment.

CPU engine was validated on RedHat* Enterprise Linux 7 with

GPU engine was validated on Ubuntu* 18.04 with

on Windows Server 2019 with