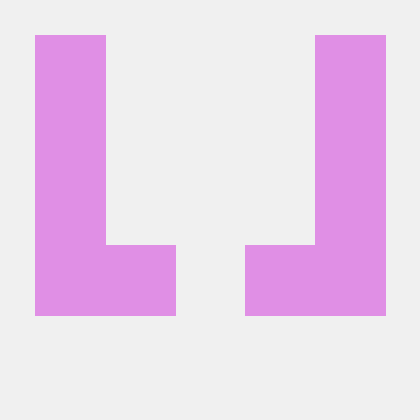 WinBtrfs is a Windows driver for the next-generation Linux filesystem Btrfs. A reimplementation from scratch, it contains no code from the Linux kernel, and should work on any version from Windows XP onwards. It is also included as part of the free operating system ReactOS.

If your Btrfs filesystem is on a MD software RAID device created by Linux, you will also need WinMD to get this to appear under Windows.

See also Quibble, an experimental bootloader allowing Windows to boot from Btrfs, and Ntfs2btrfs, a tool which allows in-place conversion of NTFS filesystems.

You use this software at your own risk. I take no responsibility for any damage it may do to your filesystem. It ought to be suitable for day-to-day use, but make sure you take backups anyway.

Everything here is released under the GNU Lesser General Public Licence (LGPL); see the file LICENCE for more info. You are encouraged to play about with the source code as you will, and I'd appreciate a note (mark@harmstone.com) if you come up with anything nifty.

See at the end of this document for copyright details of third-party code that's included here.

I've been developing this driver for fun, and in the hopes that someone out there will find it useful. But if you want to provide some pecuniary encouragement, it'd be very much appreciated:

To install the driver, download and extract the latest release, right-click btrfs.inf, and choose Install. The driver is signed, so should work out of the box on modern versions of Windows.

For the very latest versions of Windows 10, Microsoft introduced more onerous requirements for signing, which are only available to corporations and not individuals. If this affects you (i.e. you get a signing error when trying to install the driver), try disabling Secure Boot in your BIOS settings.

If you want to uninstall, from a command prompt run:

You may need to give the full path to btrfs.inf.

You can also go to Device Manager, find "Btrfs controller" under "Storage volumes", right click and choose "Uninstall". Tick the checkbox to uninstall the driver as well, and let Windows reboot itself.

If you need to uninstall via the registry, open regedit and set the value of HKLM\SYSTEM\CurrentControlSet\services\btrfs\Start to 4, to disable the service. After you reboot, you can then delete the btrfs key and remove C:\Windows\System32\drivers\btrfs.sys.

You will need Microsoft Visual C++ 2019 if you want to compile the driver; you might be able to get earlier versions to work with a bit of work.

You can find your current SID by running wmic useraccount get name,sid.

Similarly, the group mappings are stored in under GroupMappings. The default entry maps Windows' Users group to gid 100, which is usually "users" on Linux. You can also specify user SIDs here to force files created by a user to belong to a certain group. The setgid flag also works as on Linux.

The driver will passthrough Linux metadata to recent versions of LXSS, but you will have to let Windows that you wish to do this. From a Bash prompt on Windows, edit /etc/wsl.conf to look like the following:

It will then take effect next time you reboot. Yes, you should be able to chroot into an actual Linux installation, if you wish.

The DLL file shellbtrfs.dll provides the GUI interface, but it can also be used with rundll32.exe to carry out some tasks from the command line, which may be useful if you wish to schedule something to run periodically.

Bear in mind that rundll32 provides no mechanism to return any error codes, so any of these commands may fail silently.

The following commands need various privileges, and so must be run as Administrator to work:

The driver assumes that all filenames are encoded in UTF-8. This should be the default on most setups nowadays - if you're not using UTF-8, it's probably worth looking into converting your files.

This is something Microsoft hardcoded into LXSS, presumably to stop people hosing their systems by running mkdir /mnt/c/WiNdOwS.

With the shell extension installed, right-click the drive in Explorer, click Properties, and go to the Btrfs tab. There should be a button which allows you to change the drive letter.

Use the included command line program mkbtrfs.exe. We can't add Btrfs to Windows' own dialog box, unfortunately, as its list of filesystems has been hardcoded. You can also run format /fs:btrfs, if you don't need to set any Btrfs-specific options.

Synology seems to use LVM for its block devices. Until somebody writes an LVM driver for Windows, you're out of luck.

Thecus uses Linux's MD raid for its block devices. You will need to install WinMD as well.

On very old versions of Windows (XP, Server 2003?), Windows ignores Linux partitions entirely. If this is the case for you, try running fdisk on Linux and changing your partition type from 83 to 7.

WinBtrfs has three levels of debug messages: errors and FIXMEs, warnings, and traces. The release version of the driver only displays the errors and FIXMEs, which it logs via DbgPrint. You can view these messages via the Microsoft program DebugView, available at https://technet.microsoft.com/en-gb/sysinternals/debugview.

If you want to report a problem, it'd be of great help if you could also attach a full debug log. To do this, you will need to use the debug versions of the drivers; copy the files in Debug\x64 or Debug\x86 into x64 or x86. You will also need to set the registry entries in HKLM\SYSTEM\CurrentControlSet\Services\btrfs:

The driver will create subkeys in the registry under HKLM\SYSTEM\CurrentControlSet\Services\btrfs for each mounted filesystem, named after its UUID. If you're unsure which UUID refers to which volume, you can check using btrfs fi show on Linux. You can add per-volume mount options to this subkey, which will take effect on reboot. If a value is set in the key above this, it will use this by default.

I'd appreciate any feedback you might have, positive or negative: mark@harmstone.com.

This code contains portions of the following software:

This software is provided 'as-is', without any express or implied warranty. In no event will the authors be held liable for any damages arising from the use of this software.

Permission is granted to anyone to use this software for any purpose, including commercial applications, and to alter it and redistribute it freely, subject to the following restrictions:

Redistribution and use in source and binary forms, with or without modification, are permitted provided that the following conditions are met:

THIS SOFTWARE IS PROVIDED BY THE COPYRIGHT HOLDERS AND CONTRIBUTORS "AS IS" AND ANY EXPRESS OR IMPLIED WARRANTIES, INCLUDING, BUT NOT LIMITED TO, THE IMPLIED WARRANTIES OF MERCHANTABILITY AND FITNESS FOR A PARTICULAR PURPOSE ARE DISCLAIMED. IN NO EVENT SHALL THE COPYRIGHT HOLDER OR CONTRIBUTORS BE LIABLE FOR ANY DIRECT, INDIRECT, INCIDENTAL, SPECIAL, EXEMPLARY, OR CONSEQUENTIAL DAMAGES (INCLUDING, BUT NOT LIMITED TO, PROCUREMENT OF SUBSTITUTE GOODS OR SERVICES; LOSS OF USE, DATA, OR PROFITS; OR BUSINESS INTERRUPTION) HOWEVER CAUSED AND ON ANY THEORY OF LIABILITY, WHETHER IN CONTRACT, STRICT LIABILITY, OR TORT (INCLUDING NEGLIGENCE OR OTHERWISE) ARISING IN ANY WAY OUT OF THE USE OF THIS SOFTWARE, EVEN IF ADVISED OF THE POSSIBILITY OF SUCH DAMAGE.