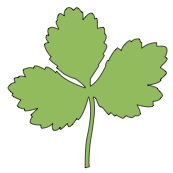 Mitsuba 2 is a research-oriented rendering system written in portable C++17. It consists of a small set of core libraries and a wide variety of plugins that implement functionality ranging from materials and light sources to complete rendering algorithms. Mitsuba 2 strives to retain scene compatibility with its predecessor Mitsuba 0.6. However, in most other respects, it is a completely new system following a different set of goals.

The most significant change of Mitsuba 2 is that it is a retargetable renderer: this means that the underlying implementations and data structures are specified in a generic fashion that can be transformed to accomplish a number of different tasks. For example:

In addition to the above transformations, there are several other noteworthy changes:

Please see the documentation for details on how to compile, use, and extend Mitsuba 2.

This project was created by Wenzel Jakob. Significant features and/or improvements to the code were contributed by Merlin Nimier-David, Guillaume Loubet, Sébastien Speierer, Delio Vicini, and Tizian Zeltner.