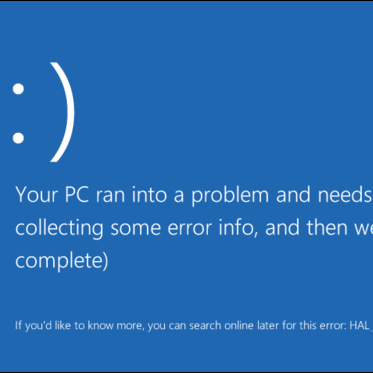 To setup a development environment for compiling ZFS.

The VM images comes with Visual Studio 2017, which we use to compile the driver.

It is recommended that the VMs are placed on static IP, as they can change IP with all the crashes, and you have to configure the remote kernel development again.

On Target VM, complete the guide specified here, under section "Prepare the target computer for provisioning".

On the Host VM, continue the guide to configure Visual Studio 2017.

Watch and wait as remote items are installed on the Target VM. It will most likely reboot the Target VM as well.

I've had dialog boxes pop up and I agree to installation, but I am not sure they are supposed to. They probably shouldn't, it would seem it failed to put WDKRemoteUser in Administrators group. If that happens, use "lusrmgr.msc" to correct it.

The task "Creating system restore point" will most likely fail and that is acceptable, however, if other tasks fail, you may need to retry until they work.

At the end of the run, the output window offers a link to the full log, which is worth reading if you encounter issues.

When things fail, I start a CMD prompt as Administrator, and paste in the commands that fail, from the log file. It would be nice if this process just worked though.

If your version of .NET newer, just move along.

The Target VM should reboot, and login as "WDKRemoteUser".

It is recommended you get GIT bash for Windows and install:

There are some issues with Visual Studio 2019 which can cause the following problem in setting up kernel debugging. ERROR: Task “Configuring kernel debugger settings (possible reboot)” failed to complete successfully. Look at the logs in the driver test group explorer for more details on the failure.

This problem is related to MSVC debug tool location mismatch, and as a workaround use the following steps to mitigate this problem:

First time you load the project it might default to

You can run DbgView on the Target VM to see the kernel prints on that VM.

wait a while, for VS2017 to deploy the .sys file on Target and start it.

If you find it frustrating to do development work when Windows Defender or Windows Updates run, you can disable those in gpedit.msc

Test ioctl from zpool to talk to kernel

Add ioctl calls to MOUNT and create Volume to attach

Add ioctl calls to UNMOUNT and detach and delete Volume

Compile ZFS on top of ZFS

Possibly a more proper solution would be to write a thin virtual hard disk driver, which reads the EFI label and present just the partitions.

Add dataset property WinDriveLetter, which is ignored on Unix system. So for a simple drive letter dataset:

The default creating of a new pool, AND, importing a UNIX pool, would set the root dataset to

So it is assigned first-available drive letter. All lower datasets will be mounted inside the drive letter. If pool's WinDriveLetter is not set, it will mount "/pool" as "C:/pool".

If you are running windows 10 with secure boot on and/or installing an older release you will need to enable unsigned drivers from an elevated CMD:

Or if you do not want to run the Installer, run this command by hand from elevated CMD:

Run zpool.exe status to confirm it can talk to the kernel

The basic syntax to creating a pool is as below. We use the pool name "tank" here as with Open ZFS documentation. Feel free to pick your own pool name.

The default options will "mostly" work in Windows, but for best compatibility should use a case insensitive filesystem.

The recommended options string for Windows is currently:

Creating a virtual hard disk (ZVOL) is done by passing "-V " to the "zfs create" command.

Which would create a disk of 2GB in size, called "tank/hello". Confirm it was created with:

If you have finished with ZFS, or want to eject the USB or HDD that the pool resides on, it must first be exported. Similar to "ejecting" a USB device before unplugging it.

If a zpool has been created on a disk partition from a different system make sure the partition label contains "zfs". Otherwise zpool import won't recognize the pool and will fail with "no pools available to import".

If you used the Installer, you can browse to "C:\Program Files (x86)\OpenZFS On Windows" and run the "uninst000.exe" Uninstaller program.

You can also use "Add Remove Programs" from the Settings menu, and click on "OpenZFS On Windows-debug version x.xx" and select Uninstall.

If you did not use the Installer, you can manually uninstall it:

To verify that the driver got uninstalled properly you can check "zpool.exe status".

When uninstalled with success, "zpool.exe status" should return:

If the driver is still there, it would be:

A reboot might be necessary to uninstall it completely.

You can use the registry to tune various parameters.
Also, there is kstat to dynamically change parameters.

There are nightly builds available at AppVeyor

There also are test builds available here. These are "hotfix" builds for allowing people to test specific fixes before they are ready for a release.