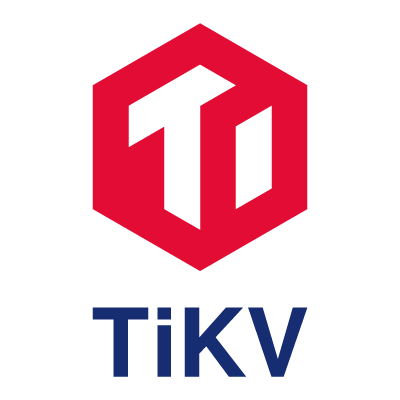 TiKV is an open-source, distributed, and transactional key-value database. Unlike other traditional NoSQL systems, TiKV not only provides classical key-value APIs, but also transactional APIs with ACID compliance. Built in Rust and powered by Raft, TiKV was originally created to complement TiDB, a distributed HTAP database compatible with the MySQL protocol.

The design of TiKV ('Ti' stands for titanium) is inspired by some great distributed systems from Google, such as BigTable, Spanner, and Percolator, and some of the latest achievements in academia in recent years, such as the Raft consensus algorithm.

If you're interested in contributing to TiKV, or want to build it from source, see CONTRIBUTING.md.

TiKV is an incubating project of the Cloud Native Computing Foundation (CNCF). If you are an organization that wants to help shape the evolution of technologies that are container-packaged, dynamically-scheduled and microservices-oriented, consider joining the CNCF. For details about who's involved and how TiKV plays a role, read the CNCF announcement.

TiKV has the following key features:

For instructions on deployment, configuration, and maintenance of TiKV,see TiKV documentation on our website. For more details on concepts and designs behind TiKV, see Deep Dive TiKV.

We have migrated our documentation from the TiKV's wiki page to the official website. The original Wiki page is discontinued. If you have any suggestions or issues regarding documentation, offer your feedback here.

You can see the TiKV Roadmap.

When a node starts, the metadata of the Node, Store and Region are recorded into PD. The status of each Region and Store is reported to PD regularly.

TiKV was originally a component of TiDB. To run TiKV you must build and run it with PD, which is used to manage a TiKV cluster. You can use TiKV together with TiDB or separately on its own.

We provide multiple deployment methods, but it is recommended to use our Ansible deployment for production environment. The TiKV documentation is available on TiKV's website.

For the production environment, use Ansible to deploy the cluster.

Currently, the interfaces to TiKV are the TiDB Go client and the TiSpark Java client.

These are the clients for TiKV:

If you want to try the Go client, see Go Client.

A third-party security auditing was performed by Cure53. See the full report here.

Communication within the TiKV community abides by TiKV Code of Conduct. Here is an excerpt:

In the interest of fostering an open and welcoming environment, we as contributors and maintainers pledge to making participation in our project and our community a harassment-free experience for everyone, regardless of age, body size, disability, ethnicity, sex characteristics, gender identity and expression, level of experience, education, socio-economic status, nationality, personal appearance, race, religion, or sexual identity and orientation.

Join the TiKV community on Slack - Sign up and join channels on TiKV topics that interest you.

The TiKV community is also available on WeChat. If you want to join our WeChat group, send a request mail to zhangyanqing@pingcap.com, with your personal information that includes the following:

We will invite you in right away.

TiKV is under the Apache 2.0 license. See the LICENSE file for details.