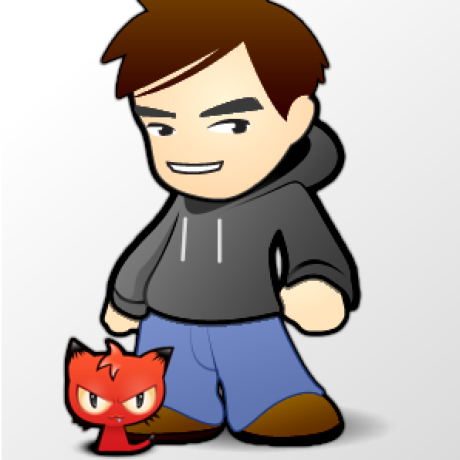 TinyXML-2 is a simple, small, efficient, C++ XML parser that can be easily integrated into other programs.

The master is hosted on github: https://github.com/leethomason/tinyxml2

The online HTML version of these docs: http://leethomason.github.io/tinyxml2/

Examples are in the "related pages" tab of the HTML docs.

In brief, TinyXML-2 parses an XML document, and builds from that a Document Object Model (DOM) that can be read, modified, and saved.

XML stands for "eXtensible Markup Language." It is a general purpose human and machine readable markup language to describe arbitrary data. All those random file formats created to store application data can all be replaced with XML. One parser for everything.

TinyXML-2 is designed to be easy and fast to learn. It is one header and one cpp file. Simply add these to your project and off you go. There is an example file - xmltest.cpp - to get you started.

TinyXML-2 is released under the ZLib license, so you can use it in open source or commercial code. The details of the license are at the top of every source file.

TinyXML-2 attempts to be a flexible parser, but with truly correct and compliant XML output. TinyXML-2 should compile on any reasonably C++ compliant system. It does not rely on exceptions, RTTI, or the STL.

What it doesn't do.

TinyXML-2 doesn't parse or use DTDs (Document Type Definitions) or XSLs (eXtensible Stylesheet Language.) There are other parsers out there that are much more fully featured. But they are generally bigger and more difficult to use. If you are working with browsers or have more complete XML needs, TinyXML-2 is not the parser for you.

TinyXML-2 is now the focus of all development, well tested, and your best choice between the two APIs. At this point, unless you are maintaining legacy code, you should choose TinyXML-2.

TinyXML-2 uses a similar API to TinyXML-1 and the same rich test cases. But the implementation of the parser is completely re-written to make it more appropriate for use in a game. It uses less memory, is faster, and uses far fewer memory allocations.

TinyXML-2 has no requirement or support for STL. By returning const char* TinyXML-2 can be much more efficient with memory usage. (TinyXML-1 did support and use STL, but consumed much more memory for the DOM representation.)

TinyXML-2 uses UTF-8 exclusively when interpreting XML. All XML is assumed to be UTF-8.

Filenames for loading / saving are passed unchanged to the underlying OS.

An XMLDocument is a C++ object like any other, that can be on the stack, or new'd and deleted on the heap.

However, any sub-node of the Document, XMLElement, XMLText, etc, can only be created by calling the appropriate XMLDocument::NewElement, NewText, etc. method. Although you have pointers to these objects, they are still owned by the Document. When the Document is deleted, so are all the nodes it contains.

Microsoft has an excellent article on white space: http://msdn.microsoft.com/en-us/library/ms256097.aspx

By default, TinyXML-2 preserves white space in a (hopefully) sane way that is almost compliant with the spec. (TinyXML-1 used a completely different model, much more similar to 'collapse', below.)

As a first step, all newlines / carriage-returns / line-feeds are normalized to a line-feed character, as required by the XML spec.

White space in text is preserved. For example:

The leading space before the "Hello" and the double space after the comma are preserved. Line-feeds are preserved, as in this example:

However, white space between elements is not preserved. Although not strictly compliant, tracking and reporting inter-element space is awkward, and not normally valuable. TinyXML-2 sees these as the same XML:

For some applications, it is preferable to collapse whitespace. Collapsing whitespace gives you "HTML-like" behavior, which is sometimes more suitable for hand typed documents.

TinyXML-2 supports this with the 'whitespace' parameter to the XMLDocument constructor. (The default is to preserve whitespace, as described above.)

However, you may also use COLLAPSE_WHITESPACE, which will:

Note that (currently) there is a performance impact for using COLLAPSE_WHITESPACE. It essentially causes the XML to be parsed twice.

TinyXML-2 reports the line number of any errors in an XML document that cannot be parsed correctly. In addition, all nodes (elements, declarations, text, comments etc.) and attributes have a line number recorded as they are parsed. This allows an application that performs additional validation of the parsed XML document (e.g. application-implemented DTD validation) to report line number information for error messages.

These are recognized when the XML document is read, and translated to their UTF-8 equivalents. For instance, text with the XML of:

will have the Value() of "Far & Away" when queried from the XMLText object, and will be written back to the XML stream/file as an ampersand.

You can directly use the convenience function:

Printing to memory is supported by the XMLPrinter.

Print without an XMLDocument

When loading, an XML parser is very useful. However, sometimes when saving, it just gets in the way. The code is often set up for streaming, and constructing the DOM is just overhead.

The Printer supports the streaming case. The following code prints out a trivially simple XML file without ever creating an XML document.

Load and parse an XML file.

There are 2 files in TinyXML-2:

And additionally a test file:

Simply compile and run. There is a visual studio 2019 project included, a simple Makefile, an Xcode project, a Code::Blocks project, and a cmake CMakeLists.txt included to help you. The top of tinyxml.h even has a simple g++ command line if you are using Unix/Linux/BSD and don't want to use a build system.

You can download and install TinyXML-2 using the vcpkg dependency manager:

The TinyXML-2 port in vcpkg is kept up to date by Microsoft team members and community contributors. If the version is out of date, please create an issue or pull request on the vcpkg repository.

The documentation is built with Doxygen, using the 'dox' configuration file.

TinyXML-2 is released under the zlib license:

This software is provided 'as-is', without any express or implied warranty. In no event will the authors be held liable for any damages arising from the use of this software.

Permission is granted to anyone to use this software for any purpose, including commercial applications, and to alter it and redistribute it freely, subject to the following restrictions:

Thanks very much to everyone who sends suggestions, bugs, ideas, and encouragement. It all helps, and makes this project fun.

The original TinyXML-1 has many contributors, who all deserve thanks in shaping what is a very successful library. Extra thanks to Yves Berquin and Andrew Ellerton who were key contributors.

TinyXML-2 grew from that effort. Lee Thomason is the original author of TinyXML-2 (and TinyXML-1) but TinyXML-2 has been and is being improved by many contributors.

Thanks to John Mackay at http://john.mackay.rosalilastudio.com for the TinyXML-2 logo!